only for guild members !!!

Hello Mummies, in this thread I will be reviewing the progress and success level of each GB. I will also list any infractions or information that needs to be addressed for future Guild Battles. As well as mentioning people that particularly did well in the battles.

Overall this was a successful battle, we won in under 40 minutes, using only one chariot to do so. But there where some issues that need to be addressed and fixed before more difficult battles this week.

I was particularly impressed with how Rvge reacted to certain situations that were occurring, making sure to organize the retaking of key towers under Bladi's control. Also the performance of the tower teams who were able to hold and control towers for mainly the entire battle.

Things to be addressed

The same as last week, again we had certain individuals not listening to instructions being given, or taking too long to carry out the instructions causing some issues with the defense of towers in particular, these people will be spoken to on a one to one basis instead of being broadcast on this forum.

How we can improve in further Guild battles

Our primary issues at the moment are key players within the guild saying they will attend the battles, and not actually showing up, this is a problem for more than one reason, it can cause issues with people missing out on a GB because of filled slots that are not being used. And because some battles we do need our strongest 50 players on for and it can cause problems when they are not available. The second improvement is something I have noticed time and time again, that is the discipline of the entire GB team, we need to work more efficiently together and listen to instructions being given by the battle leaders, if we do not do this, we end up with unoccupied or under defended towers.

Although we improved quite alot in the last two BGs, we still lack organization and discipline.
Teams need to formed beforehand and to do so, we need our stronger people to tell us if they can/will participate.

Our aim against strong opponnents should be to take and hold 3 Towers, so we need at least 3 strong teams that act and stay together.

Also we need to make it clear to everyone not in those teams, that attacking an enemy occupied Tower is a hindrance to our Team.
Either the attacking Team has to wait until the stray aggressors are dead (which means more points for the enemy team), or some might join a loosing battle which is even worse, because now we have to wait until the fight is lost AND the die-cooldown wore off, as well as the time it takes to walk back to the Tower.

So people not in the designated atk-team should neither atk an enemy occuppied Tower, nor join such battle.

Agree..
So will you organize teams for next gb Asyxa???

If you guys want me to, i can give it a shot.

First princess or me will have to create 2 topics for this weeks 2 remaining GBs. Hopefully most of our stronger people will confirm their participation in time.

We (especially Aois, Iris and prin) should discuss our strategy for strong opponents though.

In my opinion our strategy with 2 teams with our strongest people worked really well against russians. If we improve our overall discipline and get a strong 3rd team together, we might stand a chance.

i`ll gonna post my thoughts about a basic tactic for all GB`s .... and with ur feedbacks will refine it till all agree on it.

.... some of the guys complain about lag and clothing ... want to know if u guys would agree to hide cloths during the GB ... ty 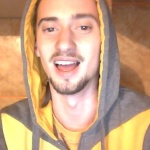 What about people not in attk or def teams rush the enemy ward tower, thus accumulating points?

Attacking ward tower gives points ... its a job for those who u mentioned ... but at same time those u mentioned have the primary job of stalling monster guys who are teaming up to attack our towers.